The second edition of the IGT Annual Gala Event, since normal proceedings resumed after the lockdown, was a memorable one for sure!

The entire team gathered and bonded over a period of four fun-filled days to congregate and share experiences.

The proceedings began on the 27th of October, on a formal note as core team members of human resource and manager’s of each department had a rendezvous at the Hilton Garden Inn, situated at Manyata Business Park.

The next day was the most eventful one as the entire team was heading out for fun activities at Discovery Village. The day started out early at 6 am as the team gathered at Sahakarnagar, where buses were arranged.

Upon reaching the destination, a scrumptious breakfast and refreshments awaited the team and assembled at the amphitheatre for the planned activities to proceed.

The Discovery Village team had a great set of activities in store that would surely bring the entire team closer together and foster utmost participation.  We started off with an icebreaker game called ‘Know Your Colleagues’ which was a great way to begin and ensure the walls are broken down early on.

This was closely followed by a Roundabout game a.k.a Break The Chain.The next games in line were Hot Plate and Australian Walk which required a lot of coordination and teamwork. The activities ended with a game of Heads or Tails, which is another great activity specially designed for large groups, as it involves elimination and is quite fast-paced as well.

As the round of games came to an end, the teams built up quite an appetite and were ready for a delicious lunch, which was welcomed with delight. Simultaneously, there was a musical performance that was being held and the floor was open for some moves.

Post lunch, there was a conference being held for the managers, while the rest of the team spent the evening in the calm embrace of the swimming pool and enjoyed at the fish spa as well. The day came to a conclusion with high tea being served and the team returning to Sahakarnagar to prepare for the Gala night the following day.

The Gala event was held at the Hilton. The day began with a morning meeting followed by multiple conferences being held, specific to each department. The conferences carried on till lunchtime, the team relished on the spectacular lunch and returned back to their rooms to gear up for the glamorous evening.

The members began arriving at 6 PM and the night kicked off with the management team addressing the employees regarding the road ahead for the company.  The next event was the Felicitation, with gifts being handed to the star performers and Lamp Lighting by the management, keeping in line with age-old traditions.

A game of Antakshari was held to add some melody to the evening, this was followed by one of the most awaited sessions of the entire meet. The open bar! Dinner was served simultaneously.

The night came to an end with a heartwarming touch to the evening was the birthday celebration of each and every team member who were working from home throughout the year.

31st October was a noteworthy day as IGT and Rotary Club, Bangalore, sat down for a meeting over breakfast, and then followed by a meeting with the marketing team.

This concluded an eventful annual visit by the management team for the year 2022. 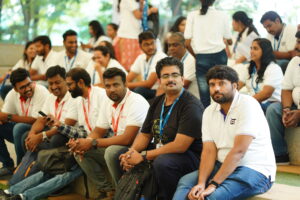 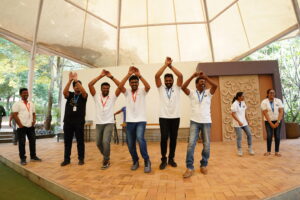 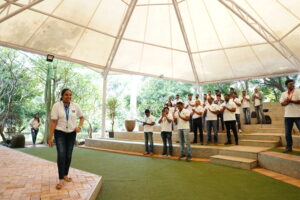 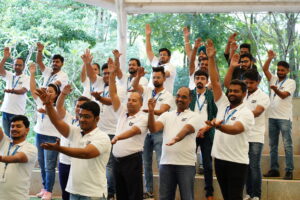 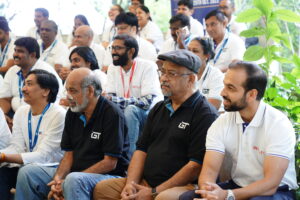